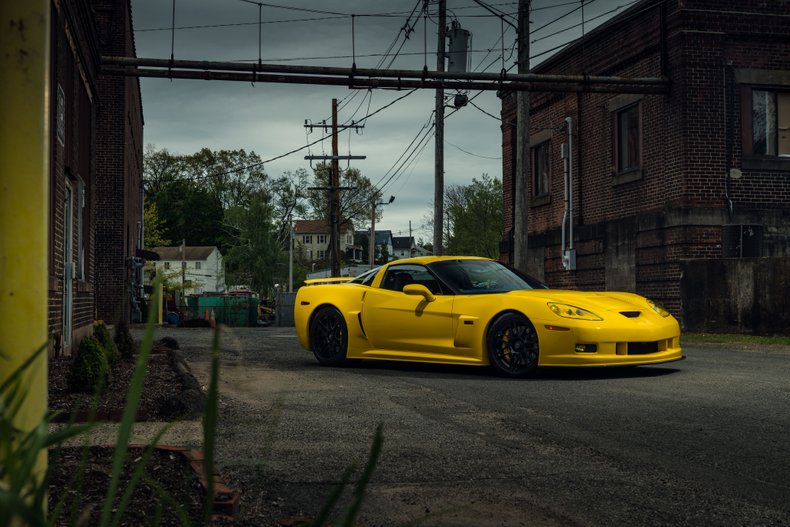 In 2007 General Motors & Chevrolet approached Pratt & Miller about building a special street version of one of the most successful GT1 cars, the Corvette C6R. The C6RS was born and was the only factory authorized post factory build of the C6 Corvette.

The C6RS was as close to the C6R GT1 car as one could be for the street. The cars started out life as production C6 ZO6's; but were quickly transformed into a road going C6R. 7 of these cars were constructed in total. They debuted the C6RS at the SEMA show and Jay Leno was the first proud new owner.

The interior of this specific car sports a 1 off custom “Caravaggio” Alcantara and Leather with yellow stitching with electric power carbon fiber bucket seats.

The powertrain on this specific chassis is a one-off 8.2ltr built by Katech and pumping out over 600hp. It is mated to a T-56 six-speed manual.

This car is extremely docile to drive on the street and allows you to cruise on the freeway or carve up the countryside. Don't worry about stopping power as it has custom Brembo Brakes to stop this beast.

This is a rare opportunity to own a piece of General Motors and Corvette Racing History at a mere fraction of the price of a GT1 car and you can drive it on the street.