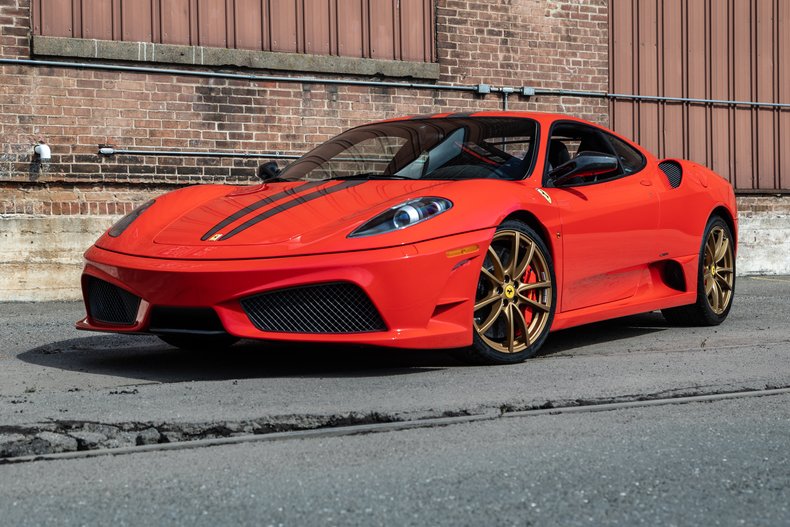 The 430, introduced in 2004, was the successor to Ferrari's most successful production car to date, the 360 Modena. Designed by Pininfarina, and retaining much of its predecessor's aluminum space frame, suspension, interior layout, and longitudinal V-8 configuration, the 430 was superior to the highly regarded 360 by every objective metric, while also realizing world-class levels of performance.

Three years after the introduction of the 430, the 430 Scuderia was unveiled at the 2007 Frankfurt Auto Show by Michael Schumacher, the seven-time world champion Formula 1 driver who was involved in the car's development. The new model was a more lightweight and track-focused version of the 430 inspired by the 430 Challenge race car.

The Scuderia was optimized for the rigors of track-day usage. Courtesy of a new intake manifold, a freer-flowing exhaust, and higher compression ratio, the snarling 4.3-liter flat-plane crankshaft V-8 produced 503 bhp and 347 lbs./ft. of torque, equaling 20 bhp and four lbs./ft. over standard. Connected with F1-Trac, Ferrari's latest traction-control system, the F1 automated manual gearbox was recalibrated to effect even quicker shifts. Extensive use of carbon fiber, lightweight bucket seats, a Lexan rear window, and the deletion of sound-deadening materials helped trim almost 220 lbs. The suspension was carefully tuned, while more aggressive bodywork generated additional downforce. According to Ferrari, the Scuderia was capable of 0–60 mph in 3.6 seconds, with a top speed of 198 mph. Significantly, the Scuderia not only lapped almost two seconds quicker around Ferrari's iconic Fiorano test track than the standard car, but it reportedly also matched the Enzo.

Accompanied by its original owner's manuals, tools, tire inflator, battery tender, and covers, this desirable, limited-production Ferrari displayed less than 400 miles on its odometer and presents in exceptional, time capsule condition throughout. One of the most collectible modern-era Ferraris, this offering represents an uncommon opportunity to acquire a beloved dual-purpose road and track racer that still remains in pristine condition nearly a decade after leaving Maranello.

This car was judged at Cavallino in 2019 and received a Platino Award & also was selected by the judges as the "Greatest 8 cylinder Ferrari."

This is a True "Investment Grade" Modern day Ferrari that is probably the Best 430 Scuderia Example you will find.