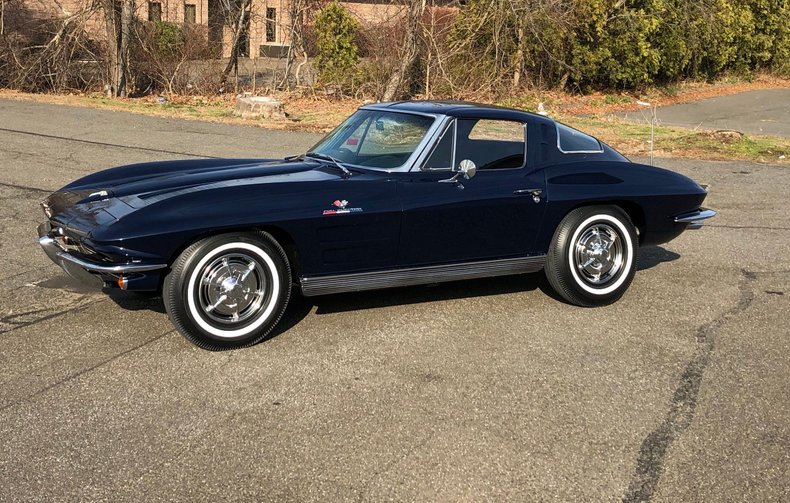 This ultra rare & desirable '63 Fuel Injected Split Window Coupe has been meticulously maintained & cared for since delivery date in November 1962. Sold new from the one and only world famous Harry Mann Chevrolet in Los Angeles Ca. West coast legend & racer Bill Cook who campaigned this car on the SCCA circuit sometimes under Harry Mann sponsorship was the Original owner. Years Later in '67 Cook sold the successful racer to Diane Hildebrand who at the time was a leading women's racer in southern california & this Corvette was used exclusively for racing by Diane. Fast forward to 1984 the car was purchased by NCRS founders award recipient Mark Ascher from Arizona. Ascher restored this magnificent Corvette & started amassing multiple awards throughout the country.

Restored 30 Years ago & still shows amazing! This car is impossible to duplicate, a real Factory Fuelie with Documentation & Complete owner history coming from the Corvette king Harry Mann Chevrolet..
This special car won't last & we've been hesitant to even list it for sale as its been in our Private Collection!