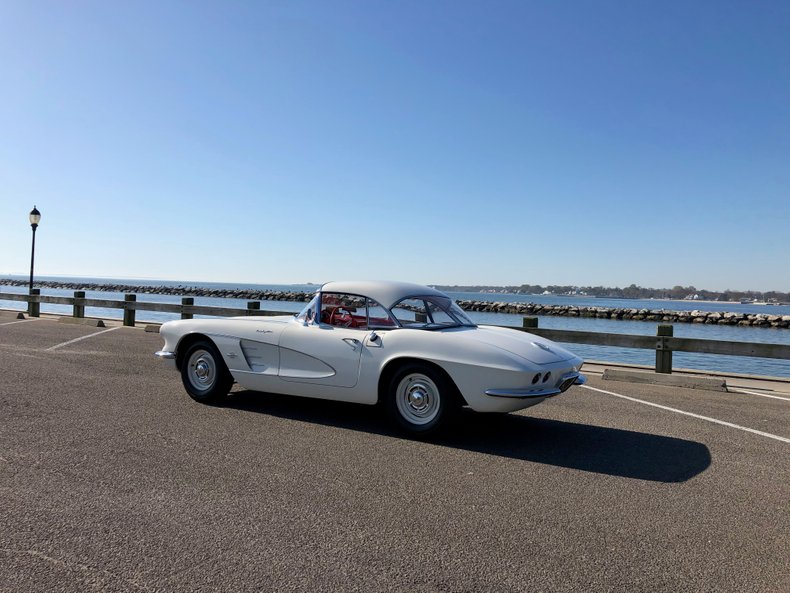 Ordered new with the intention to race. Charles Blanchard & racing partner Thomas Terrell Jr purchased what we now know to be one of the rarest 1st generation Corvettes produced at GM. Sold new by Quality Chevrolet in Oakland Illinois and after delivery this extremely rare factory built Tanker was sent to Nichels Engineering in Highland Indiana for race preparation. Ray Nichels was famed Indianapolis 500 Pole Mechanic of the year with many racing accolades under his belt. With the season change in the midwest & summer here the racing season has begun.

After retiring from racing the vehicle was returned to street trim & passed through a few different long term owners. A complete no expense spared body off chassis restoration was done on this numbers matching Corvette with NCRS & Bloomington Gold judging in mind. Once Completed this car again was the center of attention for many years on the judging field receiving multiple NCRS Top Flight Awards, Bloomington Gold certification and Gold Spinner award resulting in the "Triple Crown". After all the buzz in the Corvette collector car world & now the heavy interest in rare factory built race cars this '61 BIG TANK BIG BRAKE FUELIE had the honor of being displayed in the Special Collection at Bloomington Gold. One would think that would be enough certification to prove its authenticity but the judging kept going on with the next owner & well known Corvette Collector going forward and passing performance verification and receiving the coveted Duntov "mark of excellence award not only once but twice. This is the only double Duntov Tanker known to exist. This Corvette has been part of three different major collections & now a part of ours for the past few years. This car runs & drives amazing & we have thoroughly enjoyed using it.