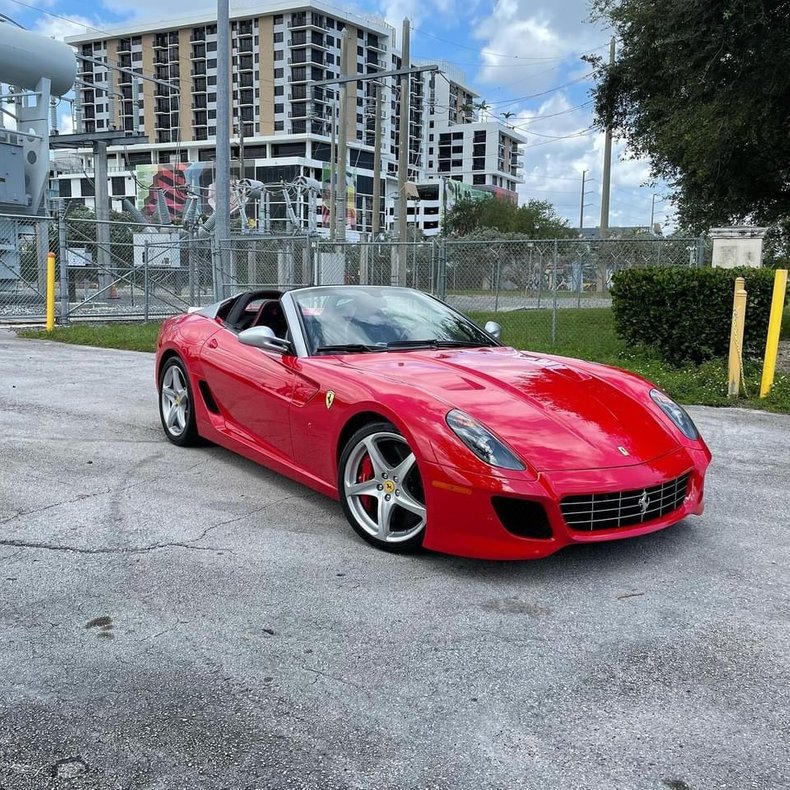 The 599 SA Aperta was formed as a send off for the 599. The limited edition example was limited to 80 units worldwide. The “SA” designation was named in honor of the Pininfarina designers, Sergio and Andrea Pininfarina. Only 80 units were made in honor of Pininfarina's 80th anniversary.

The 599 SA Aperta is for the discerning Ferrari collector and is a must have for any, “Aperta,” collection. With performance of the 599 GTO and in a convertible version.

This particular example was sold new at Ferrari of Vancouver. It shows less than 700miles. It is complete with window sticker, car cover, manuals and service records. This car has been in a private collection since new. This is one of the nicest 599 SA Aperta's you will find and is a true investment grade.