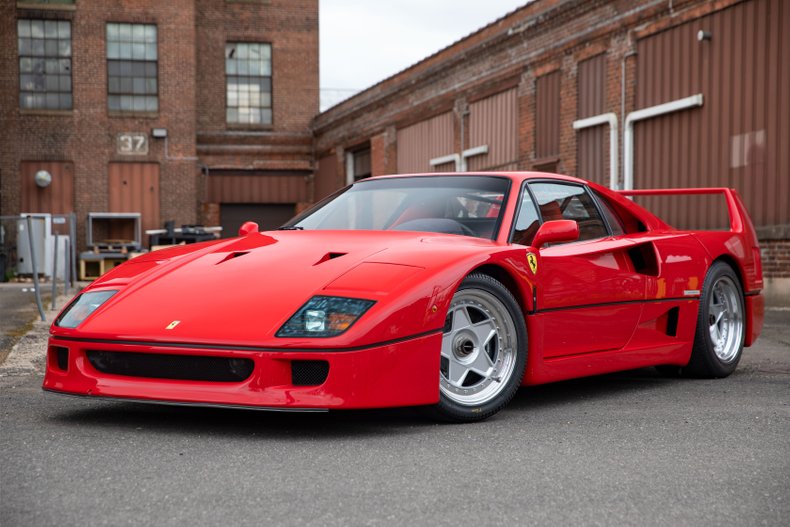 This particular car is European non-cat and non-adjust example. It has 11k kilometers (6,800 miles) with a recent full major having been carried out prior to our acquisition. During the service a full chassis restoration was performed with new mechanicals and hardware. New rod and crankshaft bearings were also installed during the major engine out service. We just had another service performed on the car. This car just underwent a full cryogenic cleaning and full detail. The car presents as a new F40. This car is complete with its service book and tool kit. This car is ready for your collection and provides a great entry point into modern Ferrari Super Cars.