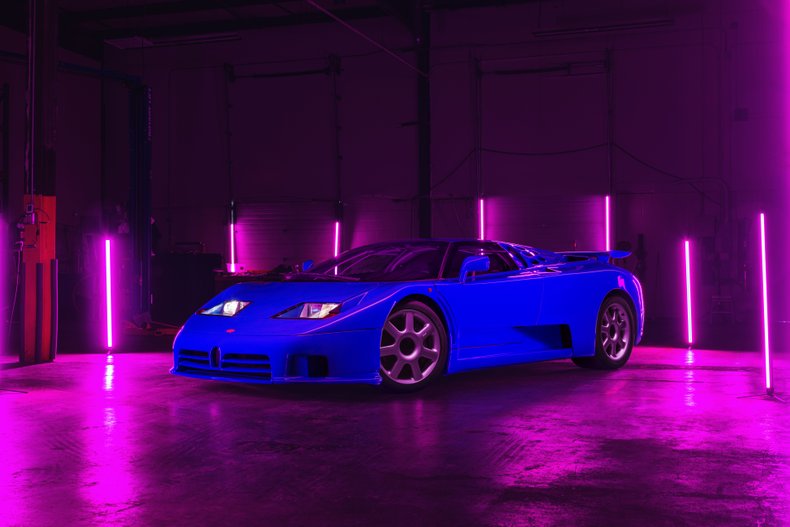 A full service was performed by the original owner back in 2009, it also had a recent service in 2017 and I just had a service performed at B-Engineering before imported the car to the U.S. The car was also signed by Romano Artioli. It is fully documented and has all of the original books, tools and paperwork. It displayed 529 kilometers upon my inspection, B-Engineering did a road test after their service. This is one of the most significant Bugatti's in history and one of the most significant super cars in modern history.

The EB110's really pushed the engineering prowess and the envelope on what a “Supercar” is today. One look at these extremely rare cars and you will see the thousands of hours and passion that went into these cars.

This is truly an, “Investment Grade” modern collector car.