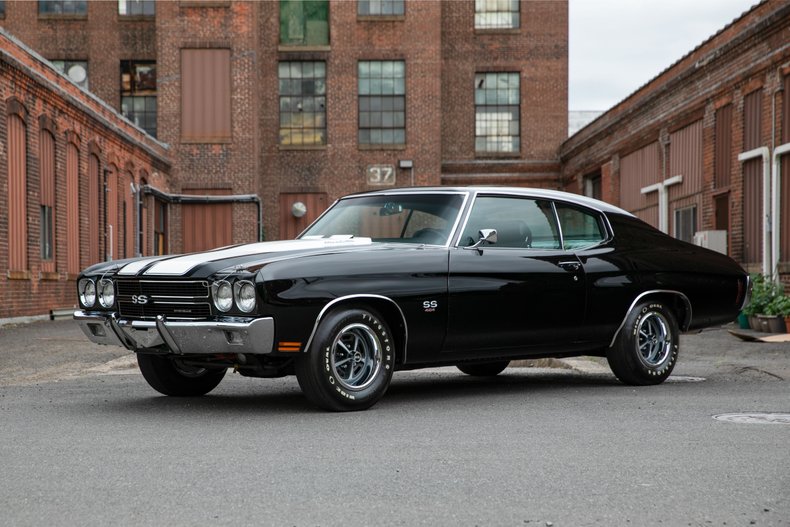 • Rare Factory Documented SS LS6
• Includes both factory build sheets
• Factory Tuxedo Black
• 4-speed
• Full Rotisserie restoration
• From one of the Top Muscle Car Collections in the U.S.
• First time its ever been publicly for sale

This Example underwent a full rotisserie restoration and has been in a rare muscle car collection for the last several years never seeing the light of day. It is fully documented with both GM Factory Build Sheets.

This is a Triple A Investment Grade Muscle Car and a rare opportunity to own a factory documented Black LS6.