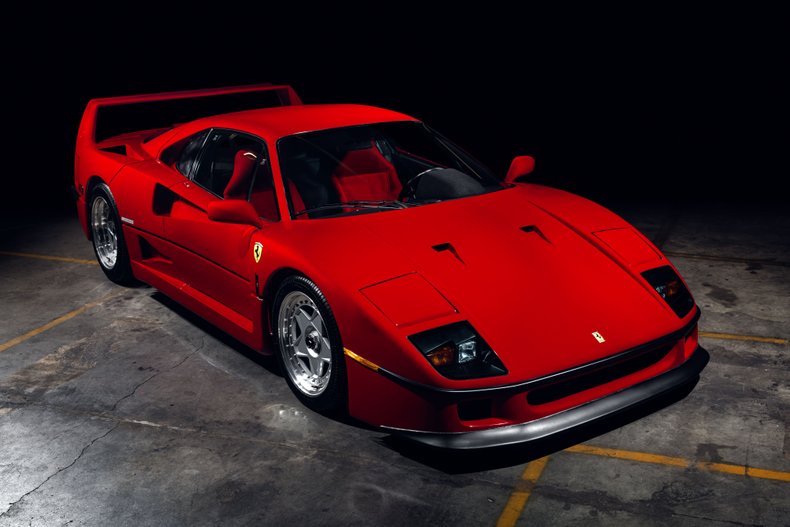 The F40 needs no introduction. It put the, “S” in Super Car and defined what a Super Car is. It was born from the brethren of the 288 GTO Evolution. It was the last model that Enzo Ferrari had his hands involved with. The F40 is one of the most iconic designs ever penned and has stood the test of time by even wooing young enthusiasts today just as it did 30 years ago. When it was produced, it was the most expensive road car produced at a cost of $400,000.

This is one of the most documented U.S. F40 examples in existence. It has been fastidiously maintained. It was delivered new to Classic Ferrari in Texas. It was in 2 Ferrari collections for a long time in each collection. It had never missed a service interval and has a binder full of records. It has around 8,300 miles and it presents as though it has 1,500 miles.

This car was cryogenically cleaned from top to bottom. It has been on the show circuit the past 3 years. It has been Ferrari Classiche certified, it has been shown and judged at the Cavallino Concours where it earned a Platinum and earned “Best Super Car.”

This is one of the most complete and documented F40's in existence and has absolutely no stories that accompany it. This is a true, “Investment Grade,” AAA F40 example.