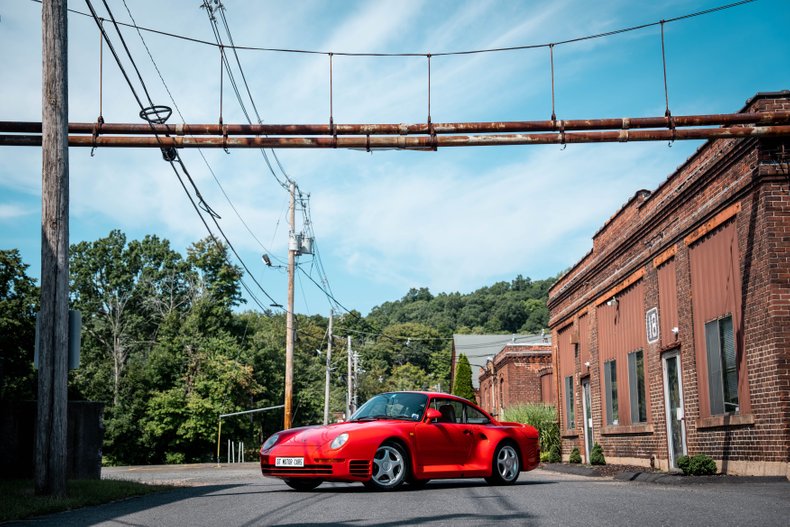 The 959 was conceived for FIA “Group B” Racing along with the Ferrari 288 GTO and Lamborghini Countach. The 959 was so far ahead of its time. Adjustable suspension. It is a race car dressed in sheep's clothing; it can be pushed to the limit or daily driven to work. The 9 5 9 really defined the definition, “modern supercar.” The 959 was also the first production car to use Tire Pressure Monitoring Systems (TPMS). The 959 paved the way for modern cutting- edge technology in the future super cars.

The 959's were not built for the American Market as Porsche did not want to commit 4 cars to the U.S. DOT for crash testing, they argued that it was a 911 model. These were all sold out prior to production. The 959 was so expensive for Porsche to build, they lost money on every single car they produced. These cars were costing Porsche about $550,000 per unit to produce and they were selling them for $225,000 as they underestimated the production costs. The technology in the 959 was way beyond anything that was remotely on the market. The “sequential turbo” technology that was developed for the 959 made its way to the production cars about a decade later.

The Porsche 959 truly is and will be one of the most iconic halo cars. These were limited production cars with 292 production cars produced. In that number there were 29 “S” models.

Having driven many super cars and race cars, the 959 is one that is very streetable, the 959 is a car that you can drive every day and not feel exhausted. Docile when you want it to be and a performance car at the flip of a switch.

This 959 Komfort is special car in that it is a 3-Owner example from new. It has always been serviced and retains all of its service records. This car has undergone a full major service in the last two years by Road Scholars and most recently had an annual service performed by Road Scholars. We just performed a complete cryogenic cleaning on this car with dry ice and a full concours detail. It is also protected with a full body paint protection film.

This example is in the top 1% of 959 examples that are left. Best of all, the 959 is a supercar that you can drive, every day and not feel exhausted.