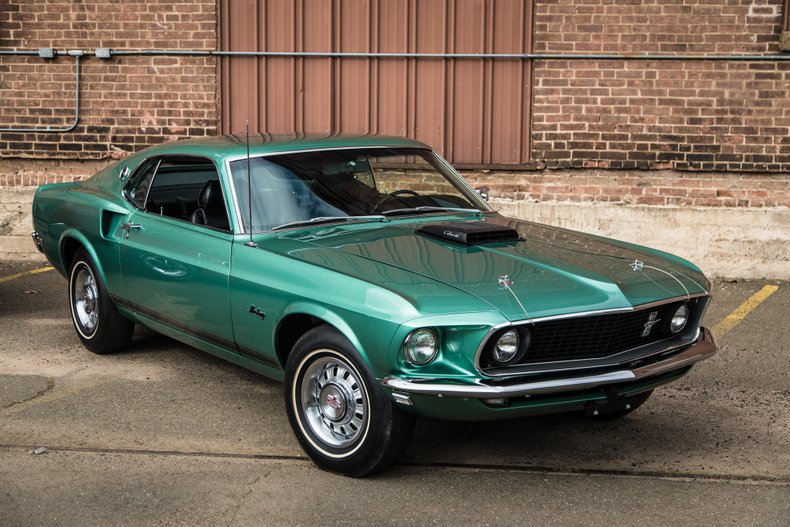 This is a rare opportunity to own a rare piece of Mustang History. This car came from one of the top Mustang Collectors and is just now being offered for sale for the first time in 14 years. This car was meticulously and methodically restored to how it would've rolled off the assembly line in San Jose. This 428 CJ remained in California until the previous collector purchased the car.

This car has been invited 50th Mustang Anniversary top 50 Performance Mustangs under a special tent and the Hemming's Concours for the Holman Moody section of rare 428 cobra jets. That's the only two times this Mustang has been in the public's eye since 1978. The car was treated to a no expense spared complete rotisserie restoration, the 428CJ engine was completely rebuilt, balanced and blueprinted and dynode. The engine is a correct date code including the entire driveline. Each part during the restoration was documented along with all of the date codes and part numbers. All of the body panels are original to the car and date coded.