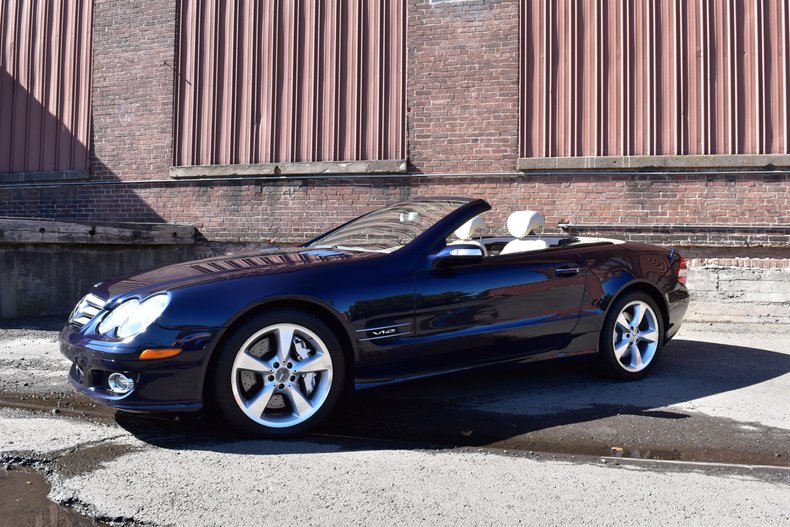 Capri Blue Exterior with Java Nappa Leather interior upholstery. This meticulously cared for V12 Roadster is loaded with options & is absolutely exilerating to drive with over 500 horsepower & 600 lb ft of torque. Take advantage of this super Low Mile example priced at over $100k below its original MSRP when new. This car was sold new in South Florida & eventually made its way up the East Coast. Stored indoors in a climate controlled facility & has not seen winter roads. Carfax shows perfectly with mileage consistency & service & also shows a minor incident in 2014 where the damage was less than $500.00. A true frame car report was completed by Mercedes Benz & shows no structural damage & has a certificate of authenticity included. You can rest assured this car is as good as it gets!