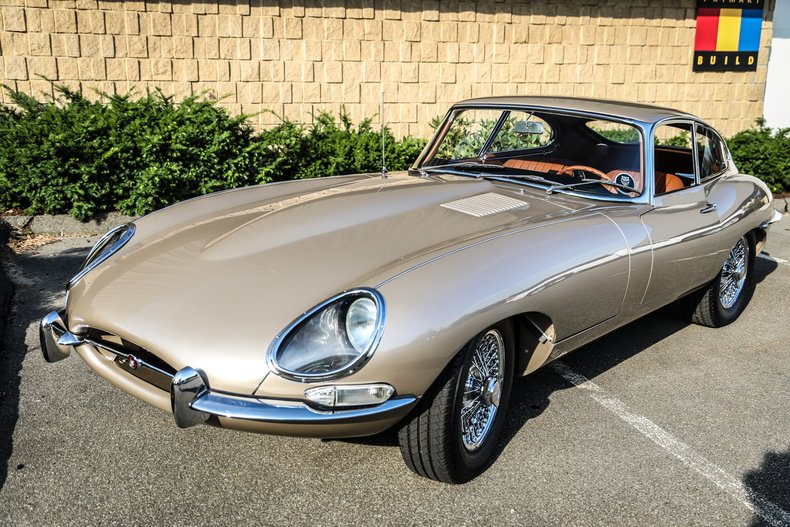 This 1965 Jaguar XKE Series I was built September 28, 1965 and dispatched on October 12, 1965. It is believed this car was used by Jaguar North America as a showcar / display vehicle until it was sold to its first owner R.H. Gunderson of Beloit, WI on December 20, 1967.


The car went through several owners until ending up in Salt Lake City approximately 25 years ago. Here it sat until 2008 when a restoration was commenced. The current collectors purchased this car in 2012 in its unfinished restoration state. After being purchased a new restoration was undertaken where it took two years to complete this nut and bolt rotisserie restoration. The restoration was completed in the late summer of 2014. This was no ordinary restoration, it was taken down to the bare metal, rotted floor and trunk pans were replaced. Additional reinforcements were fabricated into the rocker boxes to strengthen the body as this was a weak spot on these cars. A new subframe was installed. The entire driveline was rebuilt by a master Jaguar specialist who started out apprenticing at the Jaguar factory in the 1960's. The correct interior was sourced from England and every part was rebuilt or replaced with very high quality replacement parts. A photo documentation of the restoration was also done to document the quality and work that was performed.

The car is a complete, matching numbers example of an early Series I 4.2L coupe; it is accompanied by the Jaguar/Daimler Heritage Trust Certificate. This car is 1 of 8 in Golden Sand XKE's, 7 of them being in the U.S., 1 being in France.

Since its completion, this E-Type Coupe has been awarded Best in Class, scoring 99.94 at a JCNA Concours, been awarded at Pinehurt Concours d'Elegance and a Palmetto Award at the Hilton Head Motoring Festival in the year which Jaguar was the featured marque.